Eversource Hartford Marathon and Half Marathon

We are proud to join Eversource to unveil the new look of the Eversource Hartford Marathon and Half Marathon (October 10) following a successful inaugural event partnership in 2014.  Check out some highlights from today's press release below, and thank you for your continued support! 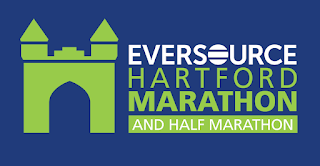 A Commitment to Sustainable Practices
With support from the sustainability experts at Eversource, HMF takes pride in earning renewed Gold level certification from the Council for Responsible Sport for best practices achieved at the 2014 event.

Since the Council’s inception in 2007, about 100 events across the US have earned the two-year certification, with only 23 events earning Gold level status. The formal submission and review process recognized efforts in operations including procurement, resource management and community legacy. Sustainability efforts include:
·      Diverting 9,849 lbs of waste from landfill
·      Eliminating 12,602 wax cups by utilizing a 40-ft multi-use water bubbler at the finish line
·      Donating 2,610 lbs of food to local charities and composting 320 lbs of food waste
·      Distributing 16,500 reusable water bottles
·      Offsetting 72 metric tons of carbon emissions
·      Donating 1,800 lbs of clothes to local charities

In addition to maintaining these practices and seeking new solutions for waste management in 2015, HMF and Eversource have also committed to ensure responsible event rebranding. One thousand yards of branded mesh signs from the 2014 event are being repurposed into reusable tote bags that will be given away to event participants. Coroplast event signage was also donated to Two Rivers Magnet School for use by Environmental Studies students in several projects. 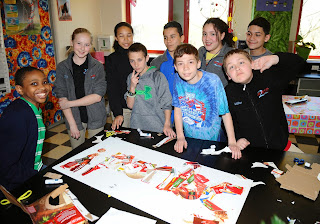 Supporting Connecticut’s Economy
The 2014 event generated an estimated $13.2 million of economic value for the area, according to a report by Witan Intelligence, Inc. Approximately 65,000 spectators, participants and volunteers visited the Hartford area for the 2014 event, spending an estimated $8.7 million on lodging, shopping and dining, which in turn, supported jobs and “indirect spending” on payroll, goods and services, according to the report.

Health and Well Being of Youth, Communities
Support for youth fitness and charity organization remain pillars of the Eversource Hartford Marathon and Half Marathon. A record number 2,500 students participated in the 2014 HMF FitKids in School program during race week and $3,000 was provided in scholarship to local high school runners.  Additionally, the HMF FitKids program offered ¼ mile, ½ mile and one-mile race distances for children ages 2-11 to experience race day and celebrate their achievement with a finisher medal and “Super Kid” cape.

Each year, thousands of participants are motivated by fundraising efforts on behalf of various charities and causes. More than $6 million has been raised for the events’ official charity partners which support community and philanthropic initiatives across the region. Official charities of the 2015 Eversource Hartford Marathon and Half Marathon will be announced in early June.
Posted by Beth Shluger, HMF Events (Hartford Marathon Foundation) at 6:32 PM