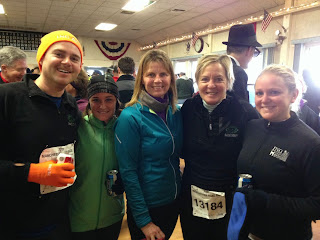 The thing in my life that I am most proud of (after my children, of course) is my Manchester Road Race streak.  This year, I ran my 40th consecutive Manchester.  Yep, I am old.  My first race was the year I graduated from Manchester High School – 1973.  I ran after a loooong night of reconnecting with high school friends at the Hartford Road Café.  I was not a runner and in fact, had not ever been to the race even though it was in my hometown.  I was too interested in the high school football game played at the same time as the race.  So, in a no-sleep, foggy haze, I lined up at the start on Main Street on Thanksgiving Day 1973.  Females were not allowed to register for the race so I was running without a bib.  In fact, I didn’t actually get a bib until 1976.

By the mid 80’s I realized I had a tradition going.  In 1985, I was invited to view the Macy’s Day Parade as a guest of the parade organizers and I turned them down because it meant missing the Manchester Road Race.  About 10 years ago, I was asked to do the television color analysis with Fox, which was broadcasting the race for the first time.  I said “no, I have to run.”  Jim Balcomb, the Manchester race director agreed to keep the finish clock going and put my time into the results so I did the TV analysis and then ran the course by myself.  I did this for a couple of years and people living on the course stayed out to cheer for me.

In 1995, my brother, Peter, was living in California.  He loved the Manchester Road Race as much as I so I carried my cell phone and described every step along the way to him. 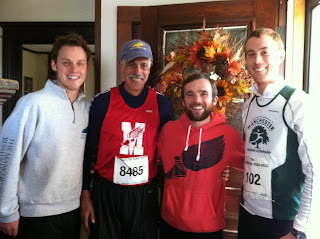 remember.  Snow, rain, freezing temperatures – they are out there to cheer us on.  It is the same along the rest of the course.  The same people standing in the same location year after year after year.  In one spot, I have watched a high school friend of mine for 40 years.  I saw Abby there during her college years, then standing with a man, then holding her babies and then standing alongside her growing children.  Her hair is now gray but she is still at the same spot on Thanksgiving morning in Manchester.

I now run with my own children, who I hope will continue my streak after I cannot.

There is no better place or time on earth as Thanksgiving morning in Manchester, CT. 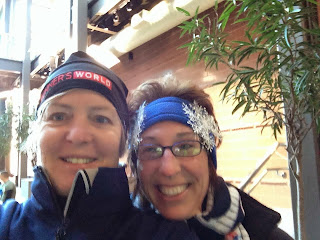