United Bank motivates employees to get moving with Challenge

Welcoming walkers to the Charity 5K at the Eversource Hartford Marathon has allowed more people who never thought it possible to experience finishing under the Arch. We’re grateful to partners like United Bank that motivate their employees to get moving and provide incentives and encouragement along the way.

Currently, 198 United Bank employees are involved in the company’s Walking Challenge. Participants track their steps and activity from spring through fall and there are regular check-ins on progress and goals, including the million step benchmark. 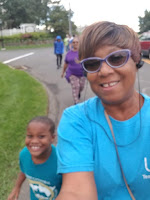 For Paula Jackson in the South Windsor branch, the Challenge truly motivated her to get walking. She started with a goal to walk 10,000 steps a day, then pushed herself to 15,000 steps and reached her million step goal in 211 days.  Paula will be at the start of the 5K in Hartford for the third straight year and looks to best her time from last year. This year, she’ll have a little extra motivation; her granddaughter, Miya Rowland, will be joining her!

Casey Pepin works at United Bank downtown, but has never run in Hartford before. She did a 5K a few years ago and is excited to run on October 13 with good friends and colleagues.  The Walking Challenge inspired her with friendly competition and was a great motivator for her to keep active despite her busy schedule.

“I love being involved in any of our Bank sponsored events. It’s great to get out into the community and represent such a great place to work - Casey Pepin

Nicholas Harris, also in United Bank’s Hartford location, has done 5Ks before but this will be his first attempt at the half marathon.  Since the start of the Challenge, he’s averaged over 13,000 steps a day and 20,000 on days that he hikes, walks or runs.  He has been focusing on strength and endurance to optimize his training, working to make sure that his legs can endure the 13.1 miles and the hills and finishing sprint. 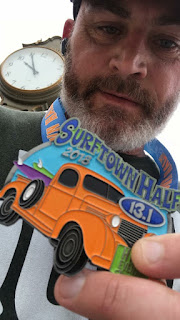 Keith Evans started running in 2012 and ran his first half marathon in Hartford later that year.  After a break, he came back to the Eversource Hartford Half Marathon in 2016.  But it was 2018 that really catapulted his running, motivating him to the start line to achieve a 26.2 mile finish on October 13.

The United Bank Walking Challenge started shortly after Keith ran the O’race 4-event series in March.  With the excitement building among employees as they tracked their steps, he followed his own plan but felt the Challenge helped bring people together.

He took on the Harvard Pilgrim Middletown 10 Mile in April and kept his momentum going, running the Mystic Half Marathon and Surftown Half Marathon among other races.  Having United Bank involved in the marathon is a great perk that Keith enjoys, combining his work life and passion for running to take on his biggest running challenge yet!

United Bank is a presenting sponsor of the 2018 Eversource Hartford Marathon and Half Marathon.