My children grew up watching both their parents run.  And when we weren’t running, we were organizing races.  But neither child took up running until recently as adults.

My daughter, Olivia, began running last year. We traveled together to run her first half marathon in Disney and she is training now for the Mystic Half next month. My Son, David, is training for the Niantic Bay Tri this summer. Both of my kids and I have always enjoyed a very close relationship.  And now, running is one more thread that binds us together.  How blessed am I?

We've been inspired by our own Team HMF mother-daughter duo, Susan and Elanna Rubenstein. In their own words below, read how running together has impacted their relationship. 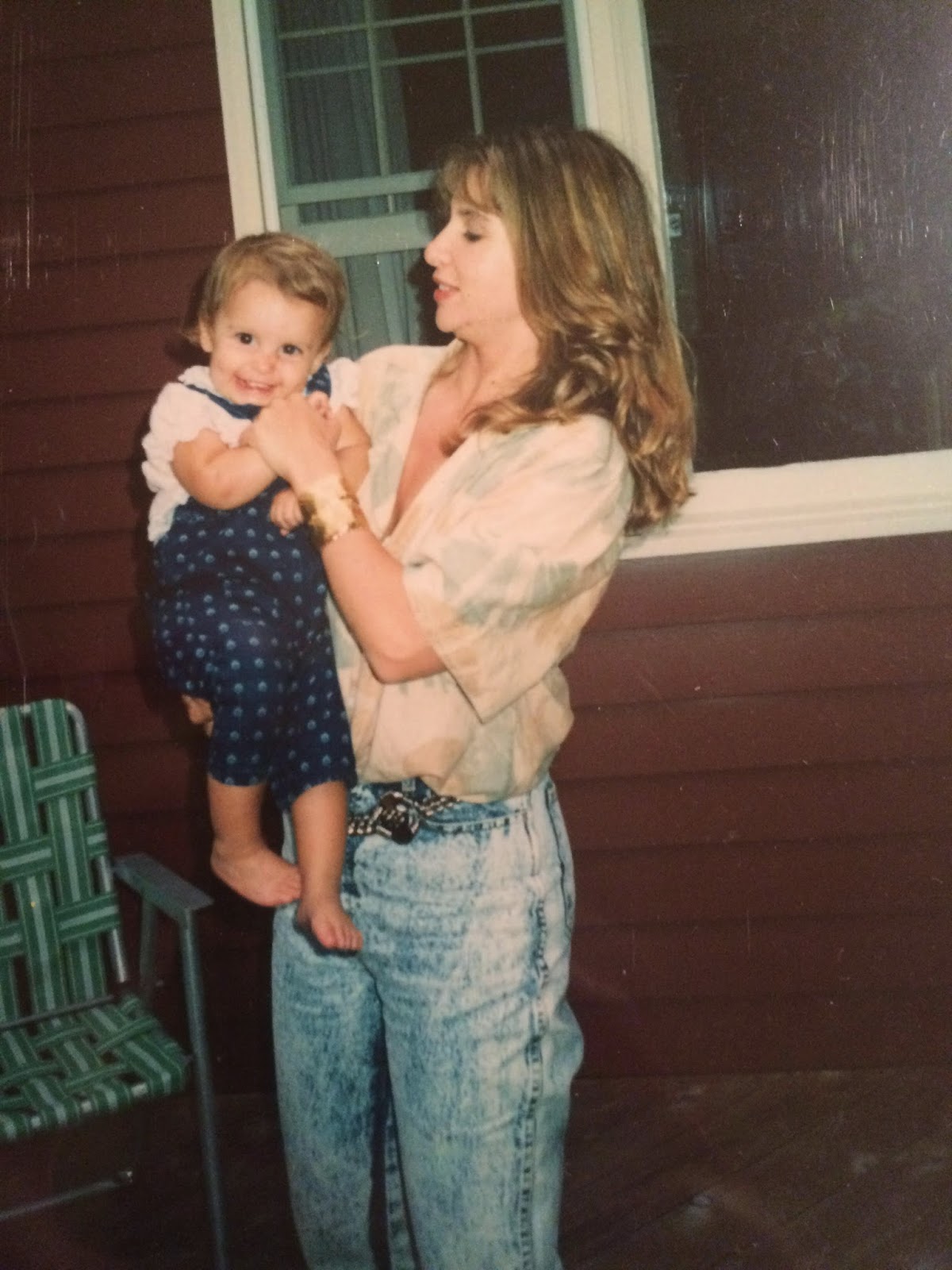 Before becoming a mother 26 years ago, I could not have imagined I could possibly love something so tiny so much.  I remember the feeling - I was going to watch this beautiful baby girl take on her own journeys for years to come.

During the first few months of Elanna’s life, I started to exercise, not only to lose the baby weight but to find a healthy balance in taking care of myself. One thing I discovered was running.  I can’t say I was crazy about it at first; my lungs burned, I would come home from a run with swollen breasts ready for nursing, not to mention other parts of my body screaming “WHY??”  In spite of all that, each time I ran I felt that I was taking better care of myself, and with that, hoped to be a more present and patient mother.

When Elanna was 2 years old, I put her in a stroller to head out for a run (these were the days before fancy jogging strollers!).  Every 1/4 mile or so, the top of the stroller would start to fold and Elanna would yell, “I’m skwooshed again!” Funny now, but I am sure it was nutty to the other runners.

Eventually, I became a mother of two beautiful daughters and worked full-time.  My love of running continued to grow.  It became so much more to me than physical benefits.

Elanna returned from college one summer wanting to get more active and decided to go out for a run.  From that moment, she became hooked like I had.  In 2009, we signed up for our first race. I admired Elanna’s strength, I thought of running a race as scary and nerve-racking.  Hesitantly, I signed up and nervously counted the days.  I cannot tell you how much Elanna filled me with support saying, “You can do this Mom”, and from that time on I did it, again and again.  Because of her motivation, I signed up for race after race, then signed up for races together and a whole new relationship began to unfold.  WE ARE RUNNERS.  WE ARE MOTHER AND DAUGHTER.

Our race days are always filled with love and laughter, but most importantly support for each other.  We have traveled to races, stuffed ourselves in vans on more than a few occasions, battled snow and extreme heat, felt under the weather, experienced family crisis and more.

I would never have had the courage to race if it weren’t for that beautiful little face that arrived 26 years ago. Elanna continues to inspire me everyday with her love for people, life, running and family.  This year, when she encouraged me to send in an application for Team HMF I did so because she believed in me, once again.  One of the best moments was when were accepted as the first ever “Mother/Daughter” ambassador team. We feel so honored and proud to show other mothers, daughters and sons how running can bring family together with a special bond.  I am a runner, I am a Mom.

Daughter – Elanna
I consider myself the luckiest daughter in the world.  I have a mother who is my best friend, my support system and also my running buddy. 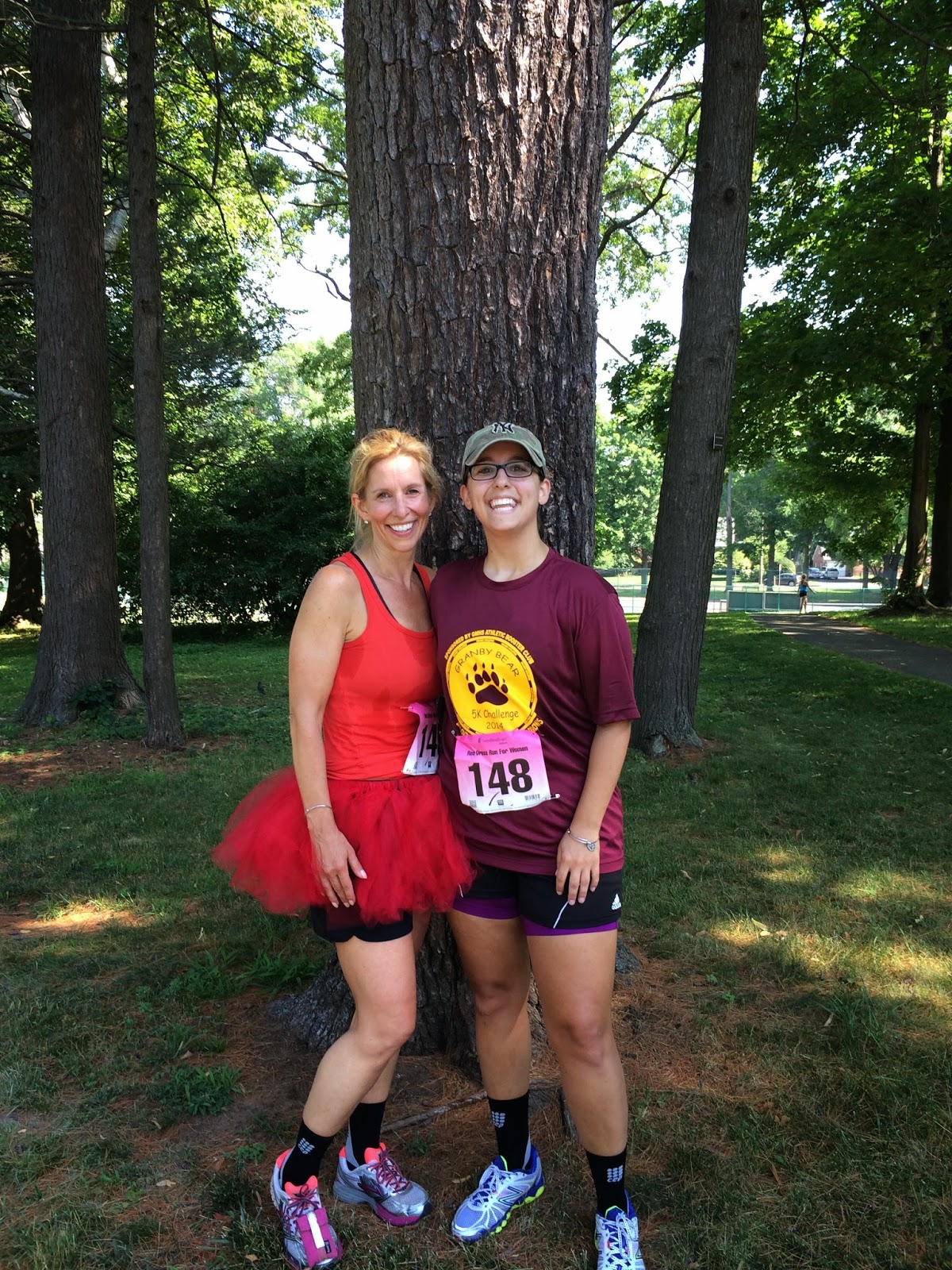 We always start our races together and because she is faster than me, I know that I will always have my own cheering squad at the end while she waits for my finish.  I never considered myself a runner; some days I still don’t, but my mom always motivates me to keep going and to keep my head up.

I remember signing up for our first 5K thinking that I would never be able to complete it.  I would run around the high school track in an attempt to train. I knew if I could somehow manage to run 12 laps around that track,
I could finish the race.  I have a hard time remembering my exact training method, but it was somewhere between thinking I was being chased and praying for a strong wind to push me to the finish.

The day of the race went perfectly. I will never forget that right-turn toward the finish line in Elizabeth Park, tears were forming in my eyes and I had to catch my breath because of overwhelming emotions.  My mother, my personal cheerleader and motivator was waiting for me at the finish and we celebrated our first (of many) races together.

As I have grown older and hopefully wiser, I have learned that the best thing in my life  was free: a mother-daughter bond.  I grew up with a mother that supported me, loved me and motivated me to never settle for anything less than I deserved.  I was given opportunities to go after my goals, chase my dreams and had the best cheerleader the whole way, my mom.

Being picked as the first ever “Mother/Daughter” Team HMF ambassadors was something my mother and I never expected and it is truly an honor to be sharing this journey together.